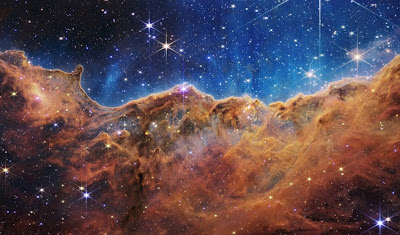 JAMES WEBB TELESCOPE When human beings first eyed the sky They found schooling in time, night and day, Month and year, an aid to fruitful living, Birth of strategic planning and planting. Constellations, shapes in the sky, Became guides through earth’s seasons  Named in Latin by astronomers distilling  a thousand namings across the globe. Eyes grew far-sighted through glass. Galileo’s telescope putting us in our place Alongside moon, planets and stars And galaxies humbling our own. Now awesome images emerge from  James Webb space telescope  Lending sight of exo-planets Through man-made eyes seeing infrared. As human eyes expand their sight To see beyond our galaxy We catch the twinkle in God’s eyes Reflected in sparkling immensity. John Twisleton 13 July 2022
Post a Comment
Read more 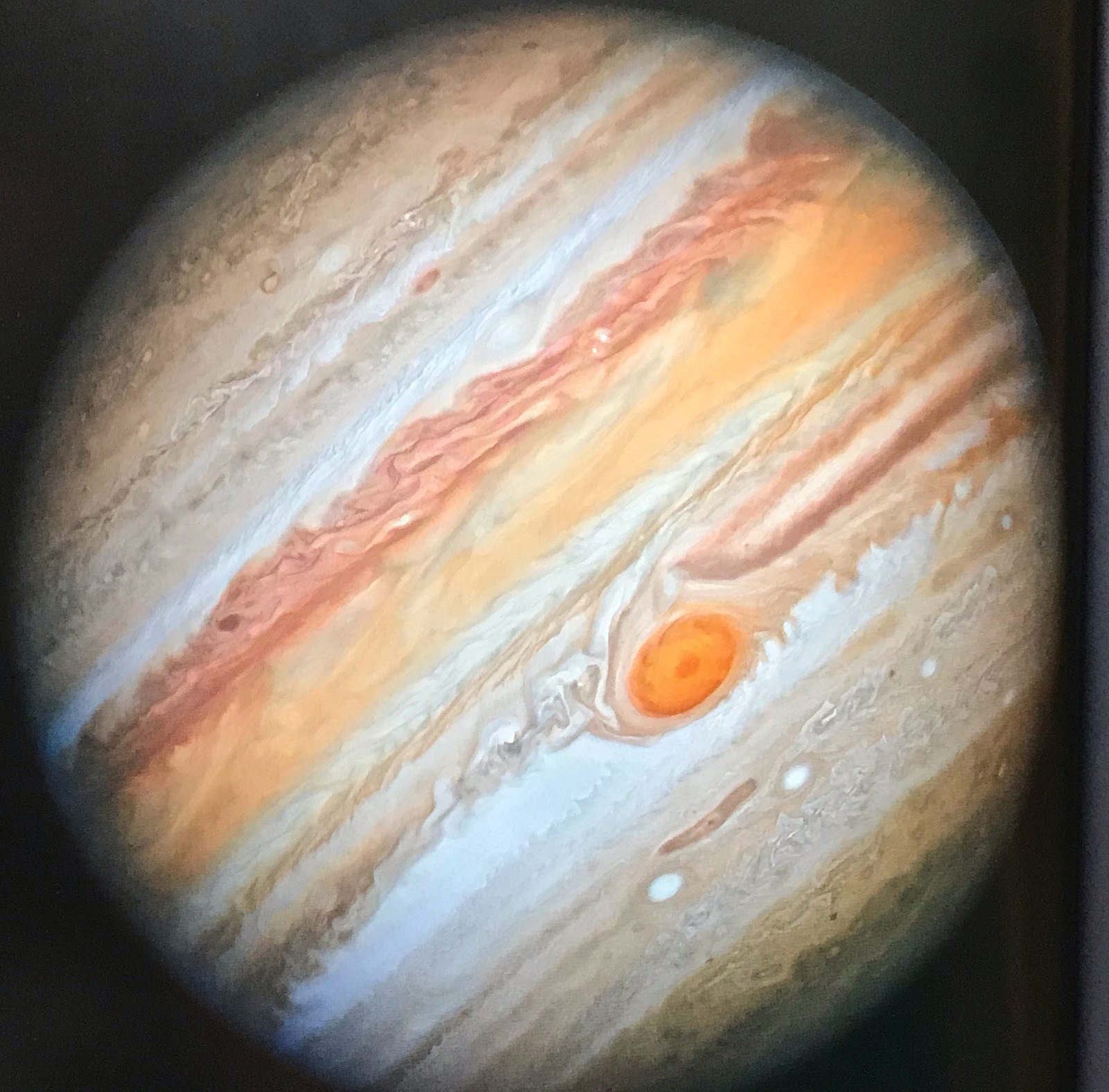 The Great Red Spot on Jupiter is a huge storm known to have raged for 150 years. The Spot is the size of the earth. The picture is from a recent Sky at Night magazine which I got from Anne as a Christmas present. The magazine is a celebration of the 30th anniversary of the launch of the Hubble Telescope without which such a beautiful sight would be inaccessible to us. Hubble has literally brought space down to earth for us all, provided an incentive for amateur astronomers like myself and so embellished astronomy magazines they are suitable as Christmas presents! A recent Sky at Night magazine celebrates thirty years of discovery by the Hubble Telescope. Through Hubble, confirmed by a 2015 fly past, we lost a planet. Pluto was discovered in 1930 and named ninth planet from the Sun. Discovery of similarly sized objects in the Kuiper belt led to its renaming as a ‘dwarf planet’. Conversely Hubble helped reveal a major component of the universe.  ‘Dark matter’ accounts for around 85% of
Post a Comment
Read more 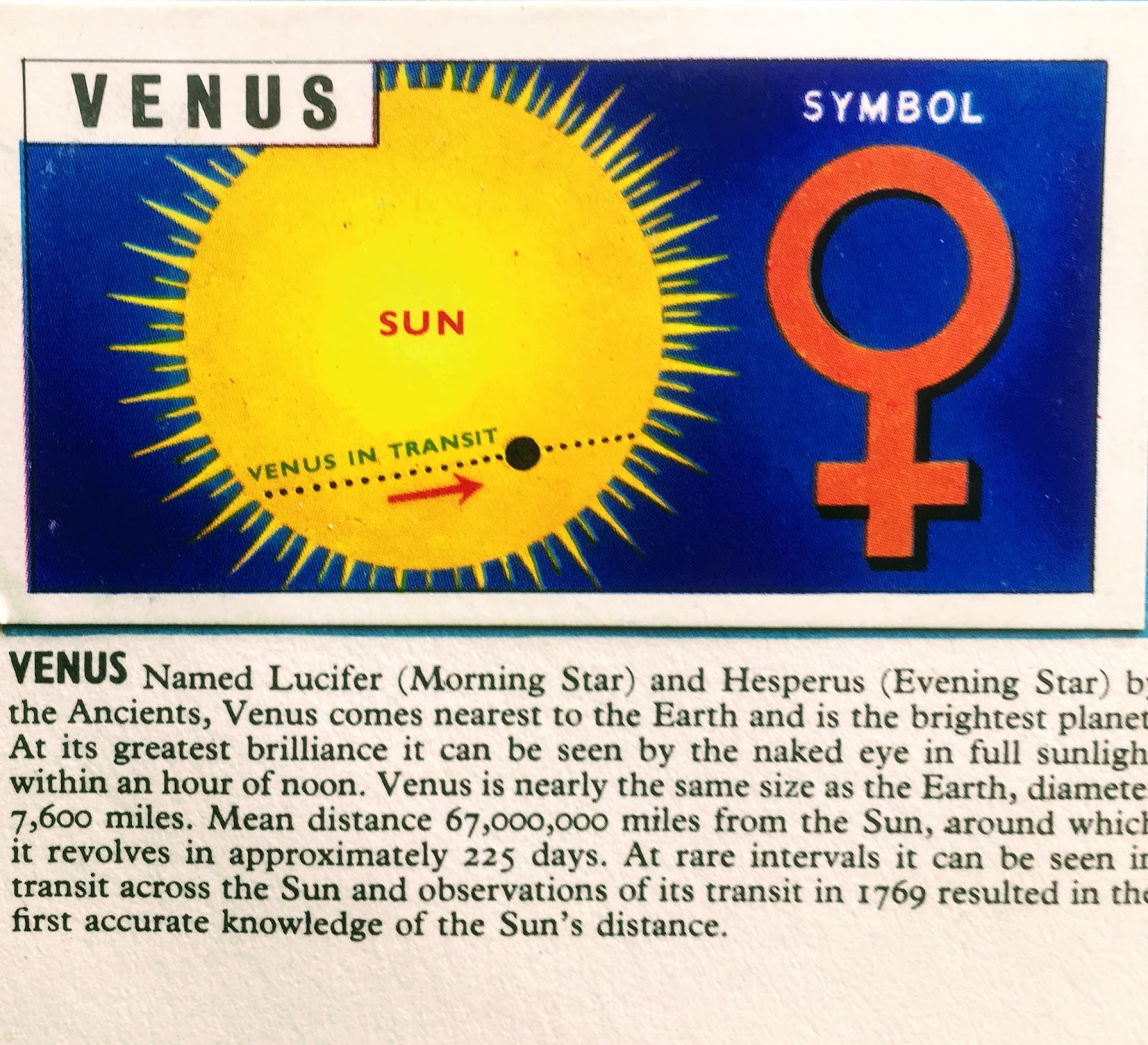 Next to the moon Venus is our most familiar night sky friend through its eye catching brilliance. Stars twinkle as point sources but planets appearing like disks twinkle less. Using a telescope you can spot the planet has phases like the moon from crescent to full. Christians will be familiar with the term ‘morning star’ linked to Venus’s visibility just before dawn. In Revelation 22:16 Christ describes himself as such giving way to God. Orthodoxy sees St John the Baptist as such and the Roman Catholic Litany of Loreto sees the Blessed Virgin Mary as such, both giving way to Christ new dawn of humanity. It’s unsurprising that Scorpion constellation broods over the equator! Over my years in tropical and equatorial Guyana, South America I had quite a few encounters with these beasts. I even shook my shoes out every morning before putting them on for work at our Anglican seminary in Yupukari. Looking to the skies at night we easily recognised it with its unmistakable coiled ta
Post a Comment
Read more 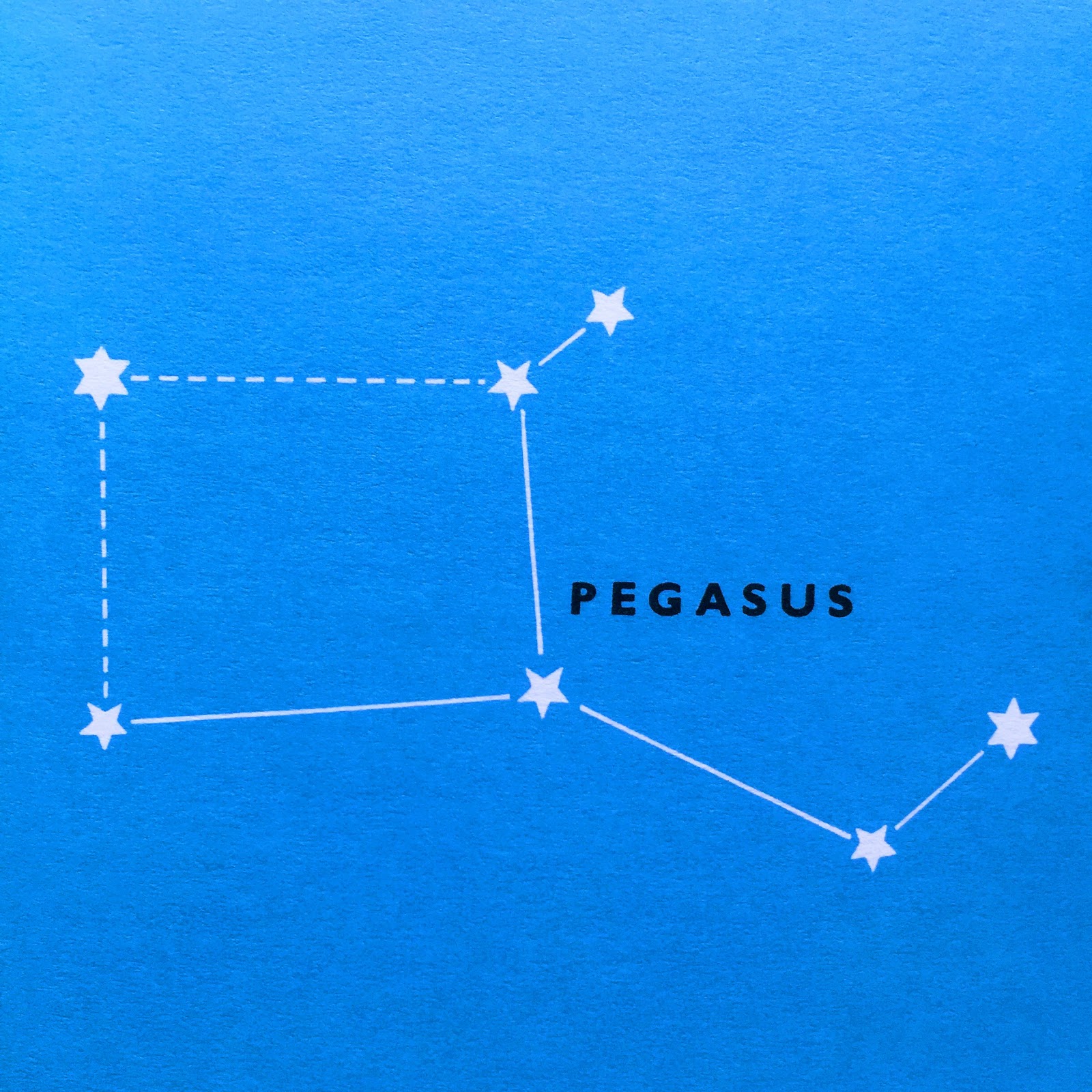 Once spotted in the UK autumn night sky, never forgotten - after all squares don’t have a natural feel to them! Four stars - Markab, Scheat, Algenib and Alpheratz - make up the  Great Square of Pegasus as useful as the belt of Orion for getting your bearings on the night sky. The give away is the black emptiness of the square. It’s actually not a constellation in itself but belongs partly to Andromeda and partly to Pegasus. Two stars on the square are on a straight line drawn from the Pole star to the edge of Cassiopeia constellation. Here’s the most distant spot the human eye can see unaided. Andromeda galaxy (M31) has some hundred billion suns and is 2.2 million light years away. How can you find it? By finding the dark square of Pegasus and skipping two stars from one of the corners straining your eye to find an elliptical blur. Binoculars show it more obviously but don’t bring out the beautiful spiral shape evident in this telescope picture. It’s called the Andromeda nebu
Post a Comment
Read more
More posts

Canon John Twisleton
I'm a Sussex based priest, ideas and people person, author and broadcaster. My interests include helping people find peace and touch base with mainstream Christian believing. I have published research about the historic Twisleton family and have friends in Guyana, South America where I used to serve as Theological College Principal and am a Canon of the Cathedral.